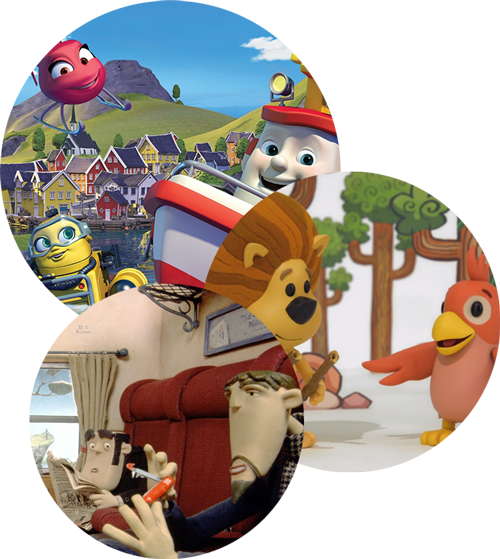 ANIMATION in EUROPE federates 17 Animation Producers Associations from 15 countries of the European Union to stand for the development of the animation industry in Europe and defend the interests of independent producers and distributors of series and films.

The federation aims at getting any network and any on-line video provider which target a European audience to invest into the production of original content in Europe, securing the public financing available at the European, national and/or local levels for the production of animated films and series produced in Europe and having a regular and constructive dialogue with the European authorities on the regulation and the financing of the animation industry.

The European animation industry is creative, resilient and makes a hugely valuable contribution to the entire continent’s audiovisual sector, both culturally and economically.

A buoyant animation industry is a strong indicator of a healthy media sector, providing thousands of jobs and attracting talented creatives. However, Europe’s animation sector varies in health greatly from country to country. As some countries’ animation industries excel thanks to reliable government support, others falter and face significant obstructions to growth.

While a tax credit for animation will not automatically result in a healthy sector, it’s clear it’s increasingly hard to create a healthy animation sector without one. The examples of Ireland, the UK and Poland highlight the positive impact a national funding instrument can have, while the problems caused by the lack of one is evident in the stunted animation sectors of countries such as Portugal, Denmark and Germany.

A common complaint among producers around Europe is that animation is an under-valued endeavour, which results in the sector being ignored by both local broadcasters and government. However, as the example of Ireland shows, the economic and cultural benefits of a thriving animation sector can be huge, both in terms of employment opportunities and international exports.

The most successful animation sectors tend to be ones that not only have high levels of productivity, but are also backed by a national association that makes sure the industry’s success is consistently communicated back to economic and cultural decision makers.

International coproductions are the backbone of European animation, despite the rise of players such as Netflix that are capable of fully funding whole series or features themselves. With the traditional broadcast model coming under increased strain as a result of changing viewing habits among the audience, collaboration between European production companies remains key to financing projects.

The continued popularity of events such as Cartoon Movie and Cartoon Forum is testament to this, while the European Animation Awards (Emilie Awards) is an example of the European animation community working together to collectively raise awareness of each other’s work and celebrate excellence.

Meanwhile, the value of Creative Europe’s MEDIA programme should not be taken for granted, as it contributes important financial support to producers across the continent, particularly towards the cost of developing audiovisual content.

Focus on diversity and inclusion

European animation is a dynamic and successful industry made up of creative artists working across multiple different disciplines, from 2D to stop-motion to 3D CGI, to entertain and educate audiences of every age. There is no shortage of talent in European animation and while budgets may be much lower compared to projects originating out of Hollywood, animation remains a vibrant artform in Europe.

It’s clear that the business model of creating television and feature films is being disrupted by the continued rise of streaming companies and the resulting moves by traditional broadcasters around Europe to keep up with audience’s changing viewing habits. This is providing both opportunities and challenges to the European animation industry.

Netflix, for example, has become an active buyer of European animated series and features. Meanwhile, certain local broadcasters are increasingly aware that they need to invest in content in order to effectively compete with the new players.

In terms of support from broadcasters, France represents the ideal scenario whereby financial support from broadcasters for local animation is guaranteed via legislature that requires them to invest millions of Euros every year. It is unlikely that such a scenario could be replicated across Europe. However, a key factor in ensuring the continued growth of European animation in the future will be to make sure all broadcasters and OTT platforms available in Europe invest more in original European content.

The board of Animation in Europe 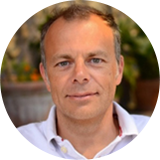 Philippe Alessandri (France) is the CEO and owner of Watch Next Media he founded in 2015 to produce animation and fiction TV series. Graduated from Sciences Po and la Sorbonne in Paris, he has been working in the media industry for 25 years and currently he is the President of French animation producers (SPFA). 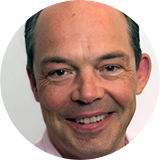 Tom van Waveren (the Netherlands) started working in animation in 1996, working for Nelvana in their London office. In 2006, co-founded Cake Distribution , an industry leader in the financing and distributing children’s content, with a focus on animation. 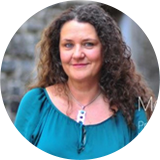 Moe Honan (Ireland) She is CEO of Moetion Films Ltd., which she founded in October 2013 and where she works as a Producer and Voice Director of animated feature films and TV series. Moetion Films develops and produces content for family audiences and won Producer of the Year 2016 at Cartoon Movie in Lyon. 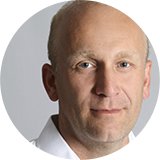 Dirk Beinhold (Germany) has been the CEO and owner of German Akkord Film since founding it in 2001. Since 2010, he has developed the company into one of the leading German animation production houses and received in 2018 a nomination as Producer of the Year by the European Animation Association, Cartoon. Dirk is a member of the German Film Academy, the animation branch of the German Producers Alliance, and AG Animationsfilm.. He holds an MFA in Motion Picture Producing from USC School of Cinematic Arts in Los Angeles and a degree in Political Science from the Free University of Berlin. 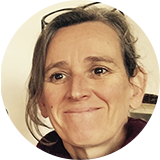 Annemie Degryse (Belgium) is CEO and producer of the Ghent based production company Lunanime. Lunanime has been created within the Lumière Group, where she is one of the founding partners. The Lumière Group includes a production unit, an animated film studio, several city cinemas and one of the biggest independent Benelux distributors. As distributor, Lumière mainly focuses on European art-house and crossover films, as well as many successful Scandinavian TV-series. Furthermore, Annemie is treasurer at Europa Distribution and a board member of The Flemish Independent Film and TV Producers. 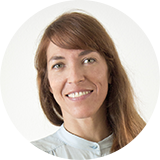 Mar Sáez Pedrero (Spain) works in PROA -The Federation of Audiovisual Producers based on Barcelona- since 2014, currently as Advisor to the General Director and International Affairs responsible and also managing ProAnimats –The Association of Animation Producers- and DeviCAT- The Association of Videogames Developers& Producers-. University Degree in Communication and Media Studies (Complutense University, Madrid) she has been working in audiovisual and cultural sectors for 20 years.

News of Animation in Europe 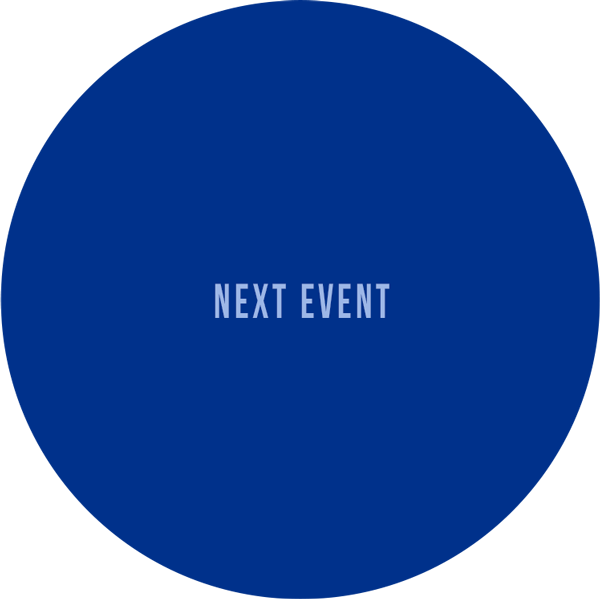 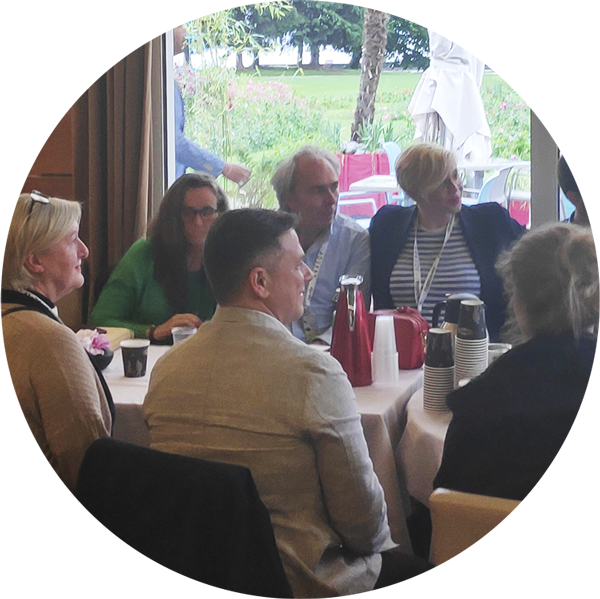 ELECTION OF THE BOARD

The General Assembly of Animation in Europe elected its board for the next two years. 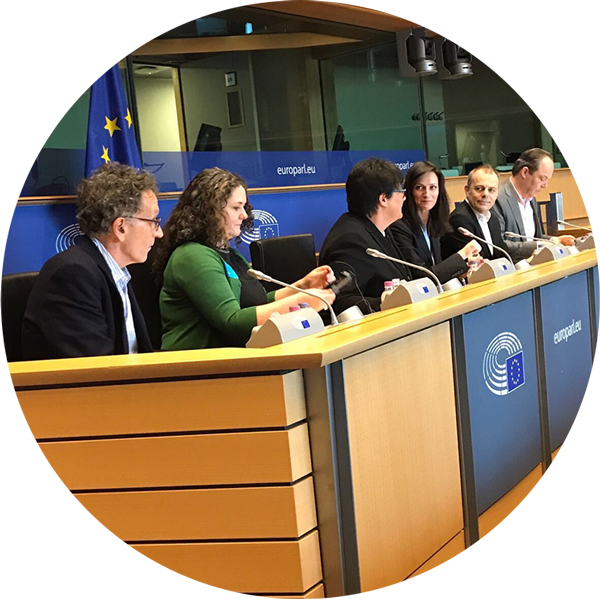 Animation in Europe in EU Parliament debate on how European Animation Plan can be put into action to nurture talent & help creative SMEs. 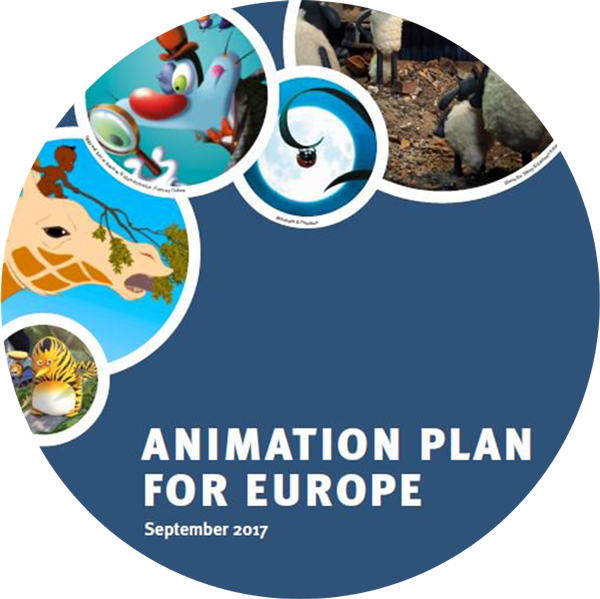 The European animation sector has the potential to flourish and build scale over the coming years.

Send us a Message info@animationineurope.eu